Abbot’s Lea School is continuing to invest in the education, care and futures of its students after appointing over 25 employees for the new academic year. These include two teachers, four HLTAs (higher level teaching assistants) and thirteen TAs (teaching assistants). The facilities team and school business support team have also welcomed new members of staff. Joining the Woolton-based school is speech and language therapist, Liz Smith. Liz will be part of the dedicated multi-disciplinary team and brings with her a wealth of knowledge from working in other schools and her own practice. Working within the care and safeguarding team will be family adviser, Richard Manley. Richard has over 10 years’ experience in schools in a range of safeguarding and pastoral roles and is looking forward to meeting and working closely with Abbot’s Lea families. In addition, the specialist school has employed two apprentices. These roles have been specifically created in areas that will become more important to the school in the near future. Anna Robertson fills the position of horticulture apprentice and will work within the facilities team, managed by Ian Westall the school’s new facilities manager Robert Daly has been appointed IT apprentice and will offer support to the school’s extensive IT system. Both Anna and Robert will complete a programme of study and professional qualifications alongside their apprenticeships. Fulfilling the role of data analyst is Piers Henners. Piers has recently completed an MSc in data science and will be responsible for analysing key information in order for the school to make informed decisions for the benefit of its students. Alongside the appointments, there has been three internal promotions. Laura Gibney has been promoted from teacher to KS2 leader, whilst Alice Laird and Rebecca Ledward have progressed from higher level teaching assistants to teachers. Headteacher of Abbot’s Lea School, Mrs Ania Hildrey said: “It is with enormous pleasure that I welcome the new employees to the ever-expanding team here at Abbot’s Lea School. “I am particularly pleased to witness the progression of Laura, Alice and Rebecca. They have worked incredibly hard during their time here and it always brings me much delight to promote staff from within. “These appointments and internal promotions have been strategically made as we continue on the path of becoming an International Centre of Excellence in Autism Education, Research and Professional Development.” 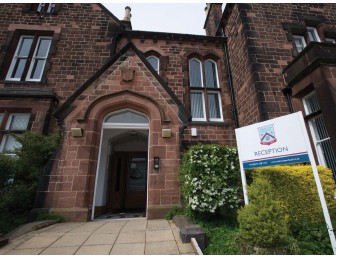