All Saints Multi Academy Trust has made a number of key appointments across its two schools and within the trust. The Academy of St Francis of Assisi (ASFA) in Kensington, The Academy of St Nicholas and All Saints Sixth Form in Garston, are proudly part of the trust. At the beginning of September, eight new teachers started at ASFA whilst 12 teachers began at The Academy of St Nicholas. Joining the senior leadership team at ASFA is Charlie O’Doherty. Mr O’Doherty will fulfil the role of deputy headteacher. He has moved from Archbishop Blanch School where he was assistant head. Speaking about his new position, Mr O’Doherty said: “It is an absolute pleasure to have been appointed the role of deputy headteacher at The Academy of St Francis Assisi. I am already loving my new role within such a fantastic community! “Whilst at my previous job, it was difficult not to notice the great work being carried out here at the academy but also within the trust. So, when the opportunity arose to apply for this position, it was a move I was keen to make.” Mr O’Doherty added: “What attracted me to the position was how the values of the school are lived out every day in such a diverse community. I am excited to play a crucial role in continuing to move the academy and the trust forward and, most importantly, to enhance the life chances of all students.” In addition, Ian Hepke, Joanne Thompson and Alex Reeves have been promoted to assistant heads this September, whilst earlier in the year, Colette Singleton was appointed as senior deputy headteacher. They will work closely with headteacher, Kevin Maddocks. The trust has welcomed Liz Dodd as the head of HR. Liz has enjoyed a long career in HR, mainly within local government, the majority of which was in education. Initially, she provided HR support to the trust during the 2021 summer term on a one-day-a-week basis through her previous employment. Liz said: “When the vacancy was advertised for All Saints Multi Academy Trust, I applied as I felt this would give me a new challenge working directly within an academy. There a number of changes and improvements planned to take place across the MAT as a whole and also across HR.” Liz added: “Being new to the role, I have lots of new ideas with regard to HR operational processes and procedures. Once these have been reviewed and implemented this should support all staff in carrying out their particular role. There is a lot of work ahead for all of us.” Heather Duggan, CEO and executive headteacher of All Saints Multi Academy Trust, said: “I am thrilled to welcome the new starters into the trust. We have carefully recruited for each role and we are now at full capacity. “We are going through a really exciting period at All Saints and we have ambitious plans for the trust and our schools. By investing in our teams, we will continue to deliver the best education and support for our students.” 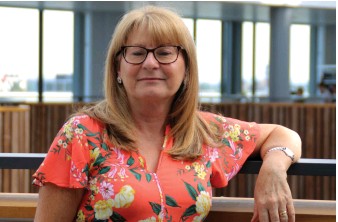 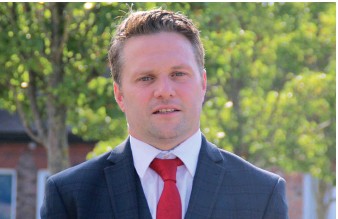