Maricourt sweep the board

Maricourt Catholic High School has won first, second and third place from their entries into the Liverpool HeArt Beat competition. The competition asked students to present an artistic piece that represents Liverpool’s wonderful city. Anjelu Pullan (Year 11) came first with her fantastic piece of Liverpool legend (1832-1875) John Hulley who was an English gymnastics and athletics entrepreneur who encouraged public participation in physical education to improve health and wellbeing, and was one of the instigators of the Olympic movement in Britain. The image was deemed to be very fitting given the fact that North-West England won more medals for Team GB than any other region! Ellie Smith (Year 13), gained second place with her fantastic diversity digital art piece. Danielle Lawler, assistant headteacher said: “The school has decided to get Ellie’s art piece printed onto large boards to put up around its school. We have even turned our school crest rainbow colours on these displays to demonstrate our commitment to diversity, equality and inclusion.” A special commendation award went to Linh Vo (Year 7) who has drawn and written a beautiful piece. Tim Quinn, who was an illustrator and editor for Marvel Comics and Russ Leach whose work has featured in Doctor Who and the Marvel Comics characters, judged the competition. Each winner will receive a unique one off comic book cover featuring the school and the winner will get to be drawn by Russ in a super-heroic pose! Students will attend an awards ceremony in September at the Bluecoat Chambers. 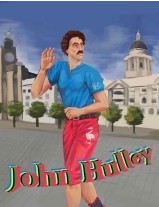